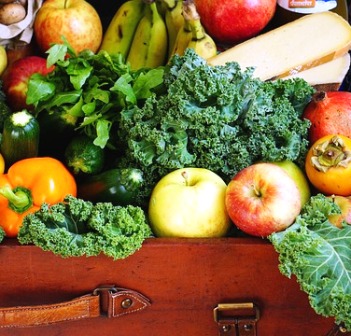 The Suzanne Somers Weight Loss Plan is a guide to losing weight that does not limit caloric intake, but instead focuses on the correct foods in the correct combinations. It also focuses on reducing sugar and carbohydrate intake.

Suzanne Somers is best known as a television actress. She was born on October 16th, 1946 and grew up in Northern California. She was the third of four children. She is best known for her role as Chrissy from 1977-1981, on the sitcom “Three's Company” on ABC. She also starred on the sitcom “Step By Step” on ABC and CBS in the 1990s. She has endorsed many well know fitness and exercise products over the years including the popular Thigh-Master.

Somers says that her diet philosophy is based on the way the she learned to eat during a trip to France. At that time she was introduced to the idea of eating groups of foods together for better metabolism and digestion. She reportedly used this information to stop her cycle of diet and weight gain and slim down for good. She also says that she has consulted many different diet and nutrition professionals; however, she herself has no formal training in nutrition.

Suzanne Somers’ diet focuses on three main components: eliminating some foods, separating certain foods, and combining certain foods. Somers also emphasizes eating fresh foods and generally staying away from foods that are packaged or processed. The diet does not require counting calories and does not specify portion sizes. Instead, Somers believes that if a dieter eats the correct foods in the correct combinations, the dieter will be able to eat three meals a day and eat until comfortably full, while still losing weight. She does not believe that being hungry is necessary for losing weight.

Somers does believe in eating sweet tasting things however, and suggests using any form of sugar substitute. She also sells her own brand of artificial sugar replacement called Somersweet, and provides recipes that are intended to be made with Somersweet or other artificial sweeteners. Other foods that need to be eliminated during the main phases of the diet are all forms of alcohol. Alcohol is allowed in small quantities, along with chocolate and other sugars and starches, during the maintenance period of the diet.

In addition to eliminating foods, the diet focuses on separating and combing foods. Somers divides foods into four categories. These categories are: proteins/fats,

Diabetes mellitus —A condition in which the body either does not make or cannot respond to the hormone insulin. As a result, the body cannot use glucose (sugar). There are two types, type 1 or juvenile onset and type 2 or adult onset.

Dietary supplement—A product, such asa vitamin, mineral, herb, amino acid, or enzyme, that is intended to be consumed in addition to an individual's diet with the expectation that it will improve health.

Mineral—An inorganic substance found in the earth that is necessary in small quantities for the body to maintain a health. Examples: zinc, copper, iron.

Vitamin—A nutrient that the body needs in small amounts to remain healthy but that the body cannot manufacture for itself and must acquire through diet.

If a meal is going to include proteins or fats, such as any kind of meat, then it must be eaten with a vegetable. A meal with protein or fat can never be eaten with carbohydrates. This means that many desserts are not allowed because although butter and shortening are allowed, the dieter cannot eat them with any form of starch, which eliminates many desserts such as cookies and cakes.

If a meal contains carbohydrates, it cannot contain any form of protein or fat. This means if the meal contains whole grain bread, it cannot contain any meat. Meals containing carbohydrates must also contain vegetables. This means that whole grain pasta tossed with vegetables is allowed, but the dieter may not include any olive oil or butter on the pasta.

There are three other rules for the diet. If the dieter eats any kind of fruit it must be eaten alone, not with any other food type, and it should be eaten on an empty stomach. If a dieter is going to eat a meal or snack of the protein/fat category he or she must wait at least three hours before eating another meal or snack if that meal or snack is going to be from the carbohydrate category. The dieter is not allowed to skip meals while on this diet.

The Suzanne Somers weight loss plan allows all variety of fats to be eaten during the diet. This includes foods such as cream cheese, butter, and sour cream that may not usually be thought of as diet foods. Meat products of all varieties are also allowed. Most fruits are allowed, although not bananas, because they are high in carbohydrates. Many vegetables are allowed, although not carbohydrate heavy vegetables such as corn, beets, or squash. The diet plan has three stages, which are called Level 1, Almost Level 1, and Level 2.

Level 1 is for dieters who are just beginning the diet. This is the most strict period of the diet. During this stage no alcohol is allowed, nor are foods such as avocados, nuts, olives, or soy.

Almost level 1 is for dieters who have been following Suzanne Somers diet for some time. When the dieter is beginning to see significant results he or she can move to this level. The idea behind this level is that these dieters can eat some foods or combinations of foods that are not optimal on a very occasional basis without compromising their weight loss goals.

This is the level for dieters who have reached their goal weight and are looking to maintain this weight. This maintenance phase allows some foods in moderation that were forbidden during the early phases of the diet. The allowed foods now include alcohol and soy. Also during this phase the dieter can sometimes make combinations of foods forbidden during other phases, such as some carbohydrates with fats. Eating in a way not allowed by the other phases of the plan is intended to be done only in moderation and only on an occasional basis.

The Suzanne Somers Weight Loss Plan is intended to create a changed set of eating habits that last a lifetime. The intended outcome of the diet is weight loss, but the diet does not have a defined end. Instead, it is intended that the dieter follow the level 2 recommendations for weight maintenance throughout his or her life. The diet is also intended to provide better general heath through the emphasis on preparing and eating fresh foods instead of processed foods, which are often high in sodium and low in nutrients.

There are many health benefits associated with weight loss. These include a decreased risk of type II diabetes and cardiovascular disease. For people who already have these or other obesity-related diseases and conditions, the symptoms may decrease in severity, or in some cases, resolve altogether with significant weight loss. In general the risk of these diseases increases as the degree of obesity increase, as do the average severity of the symptoms, so those who are the most obese can potentially gain the most in health benefits from significant weight loss.

There are also many different health benefits that result from a diet that includes a variety of fresh fruits and vegetables, and a lower quantity of processed or pre-prepared foods. Fresh fruits and vegetables and whole grains provide many different vitamins and minerals that are beneficial to general health. These vitamins and minerals are often lost or greatly reduced during processing. Processing can also add large quantities of sodium. Lower sodium intake can also have health benefits.

Anyone thinking of beginning a new diet should consult a medical practitioner. Requirements of calories, fat, and nutrients can differ significantly from person to person, depending on gender, age, weight, and many other factors such as the presence of disease or conditions. Pregnant or breastfeeding women should be especially cautious because deficiencies of vitamins or minerals can have a significant negative impact on a baby. Because the Suzanne Somers Weight Loss Plan severely limits some foods, it is especially important to ensure that daily requirements of vitamins and minerals are being met.

QUESTIONS TO ASK THE DOCTOR

There are some risks associated with any diet. It is often difficult to get enough of all required vitamins and minerals when eating a limited variety of foods. The Suzanne Somers diet does provide many different foods that are available to eat, and the restrictions are not as severe as with many other diets. However because the diet forces the dieter to choose what kinds of food are going to be eaten during each meal, the potential for problems may increase if the same sorts of foods are chosen for every meal. Anyone beginning a diet may want to consult their physician about whether taking a vitamin or supplement might help them reduce the risk of vitamin or mineral deficiency.

There are also some risks associated with diets that allow the dieter to eat as much fat, red meat, and animal products, such as eggs and butter, as are desired. These foods, eaten in large quantities, are frequently associated with cardiovascular problems such as heart disease. Following good dietary practices as outlined by the United States Department of Agriculture's My Pyramid which suggests eating limited amounts of meat and mostly lean meats, may help to reduce these risks.

The Suzanne Somers diet does not make specific recommendations for exercises, although it does encourage the dieter to be active. As of 2007, the U.S. Center for Disease Control recommended a minimum of 30 minutes per day of light to moderate exercise for healthy adults. Following the recommendations of this diet may not meet these requirements.