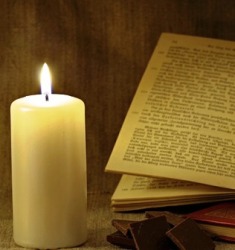 World religions, foods practices and restrictions, and rationale for behavior

certain groups (e.g., Christians and Jews), and many of these practices may still be found among these same groups today. Practices such as fasting (going without food and/or drink for a specified time) are described as tenets of faith by numerous religions.

To understand the reasons for nutritional and dietary customs in any religion requires a brief orientation of the rationale for such practices and laws. Many religious customs and laws may also be traced to early concerns for health and safety in consuming foods or liquids. In the past, preservation techniques for food were limited. Modern conveniences such as electricity were unavailable, and the scholars of the day did not understand theories of health promotion, disease prevention, and illness as they do today.

Therefore, religious leaders of the day developed rules about the consumption of foods and drinks, and religious practices, restrictions, and laws evolved. Specific laws about what can be consumed remain in most religions today. The lack of mechanisms to refrigerate or preserve foods led to certain rituals, such as the draining of blood from slaughtered animals, while restrictions on the eating of foods known to spoil easily, such as eggs, dairy products, and meats, were devised for safety reasons.

Attention to specific eating practices, such as overeating (gluttonous behaviors), use of strong drink or oral stimulants, and vegetarian diets, were also incorporated into the doctrine of religious practice. In addition to laws about the ingestion of foods or drinks, the practice of fasting, or severely restricting intake of food and/or drink, became prevalent, and is still practiced by many religions today.

Malnourished—lack of adequate nutrients in the diet

Nausea—unpleasant sensation in the gut that precedes vomiting

Nervous system—the brain, spinal cord, and nerves that extend throughout the body

The Role of Fasting

Many religions incorporate some element of fasting into their religious practices. Laws regarding fasting or restricting food and drink have been described as a call to holiness by many religions. Fasting has been identified as the mechanism that allows one to improve one's body (often described as a “temple” created by God), to earn the approval of Allah or Buddha, or to understand and appreciate the sufferings of the poor.

Fasting has also been presented as a means to acquire the discipline required to resist temptation, as an act of atonement for sinful acts, or as the cleansing of evil from within the body. Fasting may be undertaken for several hours, at a specified time of the day (e.g., from sunrise to sunset, as practiced by modern Jews), for a specified number of hours (e.g., twelve, twenty-four, or more, as observed by Catholics or Mormons who fast on designated days), or for consecutive days, such as during the month of Ramadan for certain Muslims. Regardless of the time frame or rationale, religious groups observe the practice of fasting worldwide.

Although no two religions hold exactly the same ideology about diet, health, and spiritual wellness, many do embrace similar practices.

Buddhism. Many Buddhists are vegetarians, though some include fish in their diet. Most do not eat meat and abstain from all beef products. The birth, enlightenment, and death of Buddha are the three most commonly recognized festivals for feasting, resting from work, or fasting. Buddhist monks fast completely on certain days of the moon, and they routinely avoid eating any solid foods after the noon hour.

Eastern Orthodox Christianity. An essential element of practicing an Orthodox life includes fasting, since its intrinsic value is part of the development of a spiritual life. To practicing Orthodox believers, fasting teaches self-restraint, which is the source of all good.

Hinduism. Hindus do not consume any foods that might slow down spiritual or physical growth. The eating of meat is not prohibited, but pork, fowl, ducks, snails, crabs, and camels are avoided. The cow is sacred to Hindus, and therefore no beef is consumed. Other products from the cow, however, such as milk, yogurt, and butter are considered innately pure and are thought to promote purity of the mind, spirit, and body.

Many devout Hindus fast on the eighteen major Hindu holidays, as well as on numerous personal days, such as birthdays and anniversaries of deaths and marriages. They also fast on Sundays and on days associated with various positions of the moon and the planets.

Islam. To the Muslims, eating is a matter of faith for those who follow the dietary laws called Halal,a term for all permitted foods. Those foods that are prohibited, such as pork and birds of prey, are known as Haram,while the foods that are questionable for consumption are known as Mashbooh.Muslims eat to preserve their good health, and overindulgence or the use of stimulants such as tea, coffee, or alcohol are discouraged. Fasting is practiced regularly on Mondays and Thursdays, and more often for six days during Shawwal (the tenth month of the Islamic year) and for the entire month of Ramadan (the ninth month). Fasting on these occasions includes abstention from all food and drink from sunrise to sunset.

Judaism. The Jewish dietary law is called Kashrut,meaning “proper” or “correct.” The term kosherrefers to the methods of processing foods according to the Jewish laws. The processing laws and other restrictions regarding to the preparation of food and drink were devised for their effects on health. For example, rules about the use of pans, plates, utensils, and separation of meat from dairy products are intended to reduce contamination. Other rules include:

Mormonism. The law of health—the Word of Wisdom—contains the laws for proper eating and the rules of abstinence for tobacco, alcohol, coffee, tea, chocolate, and illegal drugs. Mormons must choose foods that build up the body, improve endurance, and enhance intellect. Products from the land, such as grains, fruits, vegetables, and nuts, are to take the place of meats; meats, sugar, cheeses, and spices are to be avoided. Reason and self-control in eating is expected in order to stay healthy.

Rastafarianism. Members of this group are permitted to eat any food that is I-tal food, meaning that it is cooked only slightly. Therefore, meats are not consumed, canned goods are avoided, and drinks that are unnatural are not allowed. Fish under twelve inches long may be eaten, but other types of seafood are restricted.

RomanCatholicism.Thedietarypracticesofdevout Catholics center around the restriction of meat or fasting behaviors on specified holy days.

On the designateddays,Catholicsmay abstainfrom all food, or they may restrict meat and meat products. Water or nonstimulant liquids are usually allowed during the fast.

Seventh-day Adventists. The Seventh-day Adven-tist Church advocates a lacto-ovo vegetarian diet, including moderate amounts of low-fat dairy products and the avoidance of meat, fish, fowl, coffee, tea, alcohol, and toboacco products (though these are not strictly prohibited). The church's beliefs are grounded in the Bible, and in a “belief in the wholistic nature of people” (Seventh-day Adventist General Conference Nutrition Council).

While the dietary practices of different religions vary, and the rationale for each practice is based upon different texts, there is also much commonality. The practice of fasting is almost universal across religious groups, and most regard it as a mechanism to discipline the followers in a humbling way for spiritual growth. Many fasting practices are connected with specific holy days. The variation in consumption of meat and vegetables has a much wider variation.

Certain groups of people must necessarily be excused from fasting and restrictive practices. These groups include pregnant or nursing women; individuals with diabetes or other chronic disorders; those engaged in very strenuous work; malnourished individuals; young children; and frail elderly or disabled persons. Recognition of these exceptions has been addressed by each religious group. Most fasting practices allow certain intakes of liquid, particularly water. In fasting regimes where water is restricted, a danger of dehydration exists, and those fasting should be monitored.

Those who fast without liquids increase their risk of a number of health problems. Symptoms of dehydration include headache, dry mouth, nausea, fever, sleepiness, and, in extreme cases, coma. When these symptoms occur, it is important to end the fast or add water to the fast. Depending on the extent of the symptoms, ending the fast may be the only alternative. In severe dehydration cases, medical care should be sought as soon as possible to restore proper health.

Some negative health consequences have been observed as a result of fasting practices, however, especially those carried out over longer periods, such as the Muslim fast during Ramadan. For example, excess acids can build up in the digestive system during a prolonged fast. This gastric acidity results in a sour taste in the mouth, a burning in the stomach, and other symptoms of illness.

The structure and outward appearance of each person's body is, in part, a reflection of the food and drink he or she consumes. All the organs of the body, as well as the skin, bones, muscles, and nerves, need nutrition to survive, regenerate, maintain function, and develop structural foundations. The vital organs, such as the liver, heart, brain, and kidneys, depend upon essential nutrients from food and drink to sustain life, increase strength, and improve health. Throughout life, the body constantly breaks down the food products that are ingested, using some components to rebuild the tissues that contribute to good health. Similarly, the body also disposes of the waste products of food through excretory processes or in storage centers (fat deposits, for instance) in the body.

Use of, and Abstention from, Stimulants

A stimulant is a product, food, or drink that excites the nervous system and changes the natural physiology of the body, such as drugs and consumable products that contain caffeine, such as tea, coffee, or chocolate. The use of caffeine is prohibited or restricted by many religions because of its addictive properties and harmful physical effects. Many also restrict spices and certain condiments, such as pepper, pickles, or foods with preservatives, because they are injurious by nature and flavor the natural taste and effect of foods.

The use of wine in religious ceremonies is regarded as acceptable by certain groups. For example, Roman Catholics, Eastern Orthodox Christians, and certain Protestant denominations use wine as a sacramental product to represent the blood of Christ in communion services. According to the writings of the apostle Paul, wine used in moderation may be consumed for the soothing effect it has upon an upset stomach. Mormons, however, specifically forbid wine or any alcoholic drinks because of their stimulant properties. Jews regard grapes as a fruit of idolatry, and therefore forbid the use of wine or products made from grapes except under special conditions.

Many religious leaders and health care experts regard tobacco, another stimulant, as a malignant poison that affects the health of its users. Research continues to support the harmful and deleterious effects of the use of cigarettes and tobacco products. Cancer, high blood pressure, and heart disease have all been linked to tobacco use.

Although marijuana has been shown to control pain in advanced diseases such as cancer, it has been considered a restricted drug by all but those practicing Rastafarianism. Rastafarians introduced marijuana into their religious rites because they consider it the “weed of wisdom,” and because they believe it contains healing ingredients.

Church of Jesus Christ of the Latter-Day Saints. “The Word of Wisdom.” Available from <http://www.mormon.org>

“The Rastafarian Religion.” Available from <http://www.aspects.net/~nick/religions.html>