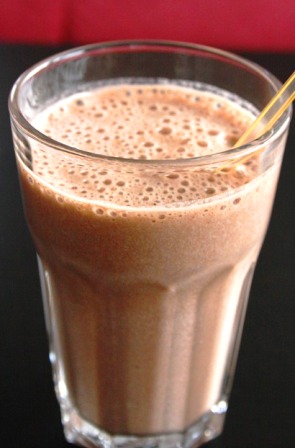 Optifast is an all liquid diet. It is intended for significant weight loss in a short period of time, is intended only for the extremely obese, and must be completed under the supervision of a trained physician.

Optifast is a line of products and an associated diet plan produced by the Novartis Medical Nutrition Corporation. The company is headquartered in Basel, Switzerland and produces many different pharmaceutical and general nutrition products including Gerber baby food. According to Novartis, since the company introduced Optifast in 1974, more than one million people have used the diet. It was the first all liquid very-low calorie physician monitored diet to be available commercially. Although the Optifast line began with pre-made drinks, it has grown to include soup mixes and nutrition bars. The company has also branched out to produce products and associated diet

The Optifast diet generally consists of four phases: screening, active weight loss, transition, and maintenance. Novartis provides training for physicians and other healthcare professionals who are going to be involved in monitoring and providing support to patients on the Optifast diet. Novartis provides general guidelines for administering the diet, but each clinic or physician may offer whatever specific program they chose. Therefore, no two experiences with Optifast will necessarily be the same. The following is a general overview of what many clinics offer.

The first phase of the Optifast diet is screening. Optifast is only appropriate for massively obese people, generally those who have at least 50 pounds to lose or are experiencing obesity-related complications. In most cases the diet is only recommended for patients between the ages of 20 and 50. The physician will do a general health screening and various lab tests to determine if Optifast is likely to pose any special risks to the patient. During this time the patient may be able to meet the various support staff that he or she will be working with while on the diet, including the physician, nurses, lab technicians, psychologists, counselors, nutritionists, and anyone else who is going to be on the medical team.

After screening has been completed and it has been determined that the patient is a good match for the Optifast diet, the diet itself begins. This is the active weight loss phase and generally lasts from 4 to 6 weeks. During this phase the patient is on a fluid-only diet using Optifast products. These are nutritional drinks that come in a variety of flavors, and generally provide a total of fewer than 800 calories per day. This means that the Optifast diet is considered a very-low calorie diet (a diet providing fewer than 800 calories a day). Generally 5 Optifast drinks are consumed throughout the course of a day, and doing so provides the recommended daily allowance of vitamins, nutrients, proteins, and other substances necessary for good health.

During the active weight loss phase the patient meets with a physician once or more weekly to monitor progress and health. Lab tests may be repeated to check various levels such as cholesterol or blood glucose. As weight loss increases medication dosages may be altered, and the amount of Optifast consumed each day may be altered to fit changing caloric needs. Also during this time the patient will meet, usually in a group, with a trained psychologist or therapist to discuss any problems or obstacles he or she is facing. During these group meetings patients will begin to learn new behaviors and eating patterns to help them maintain their weight when they begin eating self-prepared foods again.

After the active weight loss phase is finished the transition phase begins. During this time the patient begins to replace the Optifast drinks with solid foods. Patients work with a nutritionist to help them learn to choose meals high in fruits, vegetables, and whole grains and low in fats and simple carbohydrates. During this period the patient continues to meet with the physician regularly and attend group classes. This phase usually lasts 4 to 6 weeks.

Once the transition to solid foods is complete the maintenance phase begins. During this phase the patient begins to practice the good eating and healthy living habits learned during the program. Exercise is emphasized as a way to help prevent the re-gaining of weight lost. Many clinics offer classes and meetings that patients can attend to help them as they try to keep the weight off.

Although the very-low calorie diet was the original Optifast product, the line has begun to branch out and now offers a variety of diets. One diet is used for patients who are going to undergo bariatric surgery, and can be administered both before and after the

Dietary supplement—A product, such asa vitamin, mineral, herb, amino acid, or enzyme, that is intended to be consumed in addition to an individual’s diet with the expectation that it will improve health.

Gallstone—Stones that form in the gallbladder or bile duct from excess cholesterol or salts.

Laparoscopic—Pertaining to a surgical procedure which uses an instrument which can be inserted into the body to view structures within the abdomen and pelvis.

Mineral—An inorganic substance found in the earth that is necessary in small quantities for the body to maintain a health. Examples: zinc, copper, iron.

Very-low calorie diet—A diet of 800 calories or fewer per day.

Vitamin—A nutrient that the body needs in small amounts to remain healthy but that the body cannot manufacture for itself and must acquire through diet.

surgery. This can help reduce complications and smooth the transition into a fluid-only diet after the surgery. Another diet is an Optifast diet intended for very obese adolescents. Optifast also offers bars and other products, which are not associated with its original fluid-only diet. In addition to the very-low calorie diet, diet plans with a more moderate quantity of calories per day are also available.

The Optifast diet is intended for significant weight loss by the extremely overweight. It is especially aimed at those people who have health problems related to obesity and who need to lose significant weight quickly to avoid serious health complications. The Optifast diet must be administered by a physician who is trained in using the Optifast system. Although the eligibility requirements for the Optifast program vary from clinic to clinic, generally a person must be at least 50 pounds overweight to be eligible for the Optifast diet. It is not intended for people interested in losing 10 or 20 pounds that are more a cosmetic problem than a serious medical issue.

There are many possible benefits to significant weight loss for the obese. These benefits can include both looking and feeling better, as well as having more energy. In addition to these general benefits there are many specific health benefits to weight-loss. These benefits tend to be even greater for people who are moderately or severely obese because a greater degree of obesity is generally associated with greater health risks.

Novartis Medical Nutrition, the makers of Optifast, reports that in 20,000 people studied who had completed 22 weeks of the Optifast diet, on average there was a weight loss of 52 pounds. This was a loss of 22% of body weight. They also report an average decrease of 29% in blood glucose levels, a 15% average decrease in total cholesterol, and an average decrease in blood pressure of 10%. Reductions in cholesterol and blood pressure can be especially significant in overall health gains from weight loss because they are important risk factors for heart disease.

Another possible benefit of the Optifast diet is an opportunity for the dieter to re-learn food habits and behaviors while on the all-liquid phase of the diet. During this time no food choices have to be made, the program is firmly outlined. Therefore it may provide an opportunity for the dieter to take a more objective look at some negative eating habits, and come up with positive ways of dealing with potential problems, before going back to eating self-prepared foods.

Some people also believe that Optifast may provide psychological benefits to dieters who have very significant amounts of weight to lose. It can be frustrating to lose one to two pounds a week if the eventual goal is weight loss of 100 pounds or more. A program like Optifast that allows a large quantity of weight loss in a short period of time may allow dieters to be encouraged by seeing results more quickly, possibly providing positive psychological benefits.

There are possible risks for any diet, but the risks associated with a very-low calorie diet can be more serious. Optifast is designed to be a complete replacement for all meals, so it contains the daily recommended amounts of vitamins and minerals. However, because these recommendations are made for the average, healthy adult, they are not necessarily right for everyone. Because severe obesity has many common complications, daily requirements of vitamins and nutrients should be considered carefully for each person thinking of beginning the Optifast diet.

Whenever a person loses a very large amount of weight in a very short time there are certain risks. Many medication dosages are prescribed based on a person’s weight. Therefore what might be the right amount of medication when beginning the Optifast diet may be too much only a few weeks later when weight has been lost. In some cases this may cause an overdose. This is one of many reasons that it is critical to be under medical supervision during the Optifast diet, so medications can be adjusted appropriately as weight is lost.

Optifast has been used in many studies investigating the impact of very-low calorie diets. It has not been studied intensely in relation to other similar very-low calorie diets. It has been shown to have many positive outcomes, such as lowered cholesterol levels and reduced risks of cardiovascular disease. It has also been shown that in patients who are going to undergo laparoscopic adjustable gastric banding (a procedure in which a band is placed around the upper part of the stomach causing patients to feel full with less food) following the Optifast diet for 6 weeks prior to the procedure can reduce liver size and fat content, allowing

QUESTIONS TO ASK THE DOCTOR

surgeons better access and reducing the possibility of complications.

Although there are many documented benefits to the Optifast diet, there are some people who suggest there may be other, more beneficial diets with fewer possible negative side effects. It has been shown that very-low calorie diets such as Optifast are not any more effective at keeping weight off in the long run than more traditional diets. This suggests that for some people the risks and benefits of a very-low calorie diet should be assessed in regard to the long term effects, and not just the speed of original weight loss. Another reason that some people may prefer more traditional diets is that the Optifast diet can be prohibitively expensive. The diet can cost upwards of $2,000, depending on the clinic at which it is administered and how long the active weight loss and transition phases last.