HIV (human immunodeficiency virus) was identified in 1983 by the French scientist Luc Montagier and his staff at the Pasteur Institute in Paris. Ever since that discovery, scientists have been searching for ways to treat those infected with HIV, and to produce a vaccine to prevent its spread. While new antiviral treatments have been developed, a vaccine has yet to be found. HIV causes AIDS (acquired immunodeficiency syndrome), an unpredictable condition that may progress over many years and is characterized by a slow deterioration of the immune system. Once an individual becomes infected (HIV has infected the target cells) it takes a week or more before the virus is spread throughout the body's blood and lymph system. The immune system responds by turning out HIV antibodies in about six to eighteen weeks. The progression of HIV infection to AIDS may take several years. In the initial period, prolonged (2–4 weeks) flu-like symptoms may appear. This is followed by an asymptomatic period (clinical latency) that may last ten or more years. When the immune system becomes further compromised, the patient may experience opportunistic infections, caused by the reduced function of the immune system resulting in a plethora of nonspecific and variable signs and symptoms. The condition known as AIDS is marked by severe compromise of the immune system and the presence of one or more opportunistic infections. Some clinical signs and symptoms may include sweating, diarrhea, malaise (feeling tired), anorexia (loss of appetite), weight loss, wasting (loss of muscle tissue), chest pain, swelling of the lymph nodes, fungal infections, neurological disorders, body-fat accumulations, and increased blood fats. In addition to disease-induced signs and symptoms, medications used to treat HIV/AIDS may produce additional signs and symptoms.

In the absence of a cure, it is important to control symptoms, support the immune system, and lower the levels of HIV circulating in the blood. To lower the level of HIV in the blood, patients take a prescribed combination of antiviral drugs. The role nutrition plays will vary along the disease continuum (disease progression over many years), with consideration given to the patient's age, gender, behaviors, current medication, drug history, socioeconomic status, and associated health concerns.

In all cases, adequate hydration (fluid intake) and increased calorie and protein intake are necessary to fight the infection. Proper nutrition must begin immediately to support nutritional deficiencies (including vitamin A and E, the B vitamins, magnesium, and zinc) that occur early in the disease process. These nutritional deficiencies contribute to decreased immunity and disease progression. Ellen Mazo and Keith Berndtson, in The Immune Advantage, suggest that once the patient has been diagnosed with HIV infection, more protein and complex carbohydrates, along with moderate amounts of fats, should be consumed. The diet should include lean meat, fish, beans, seeds and nuts, whole-grain breads and cereals, and fruits and vegetables. Moderate amounts of fat for energy and calories can be acquired through foods such as nuts, avocado dip, peanut butter, and seeds.

The diet should include each of the five major food groups (dairy, vegetable, meat, fruit, and bread). The sixth group (fats and sugars) should be used sparingly. Patients with a poor appetite should eat six or more small meals throughout the day, rather than three large ones. In prolonged cases of appetite depression, a physician may prescribe an appetite stimulant (e.g., megesterol acetate). It is important to keep all foods refrigerated, to avoid eating rare meats, to practice proper hand washing, and to use soap and hot water to clean sinks and utensils. Food-borne illnesses pose serious threats for HIV/AIDS patients.

Some symptoms will require additional attention beyond general nutritional recommendations. For example, diarrhea will rapidly reduce the water content of the body, causing severe alterations in the body's metabolism and electrolyte balance. Electrolytes may be replaced with products such as Pedialyte or Gatorade. Proteins and calories should be increased to prevent weight loss, and dairy products, alcohol, caffeine, and spicy and fatty foods should be avoided.

A second complication is that of weight loss and wasting. According to Derek Macallan, in Wasting HIV Infection and AIDS, wasting may be either acute (associated with a secondary disease) or chronic (associated with gastrointestinal disease), and is the result of a variety of processes, including drug use, medications, concurrent disease, and HIV itself. HIV infection causes abnormal protein and fat metabolism. During episodes of acute wasting the patient may require a prescription for steroids, to help support tissue maintenance and tissue development, in combination with optimal protein and calories in the diet.

Contributing to weight loss and wasting is malabsorption (the failure of nutritional substances to be absorbed in the intestines). Malabsorption occurs in advanced cases of HIV infection when gastrointestinal disease is present. Diseases that can cause malabsorption in HIV/AIDS patients include Kaposi's sarcoma, non-Hodgkin's lymphoma, cytomegalovirus, Myco-bacterium avium complex, and cryptosporidiosis. Malabsorption may require an alternative to oral nutrition.

Figures from the Joint United Nations Programme on HIV/AIDS and the World Health Organization:

Alternative routes for nutrition must be considered in patients with fungal growth in the oral cavity, inflammation of the gums and oral mucosa, open sores, difficulty in swallowing, and other debilitating diseases of the oral-pharyngeal region and/or gastrointestinal tract. These alternatives include parenteral (PN) and enteral nutrition. PN replaces essential nutritional requirements via intravenous (IV) access. The IV may be placed in a peripheral vein or in a large central vein, depending on the medical condition of the patient and the choice of nutrition replacement therapy. The cost for PN is high, and there is a risk of severe infection; therefore it is not recommended except for brief treatment measures during known episodic cases of acute weight loss and in the absence of gastrointestinal (GI) function. 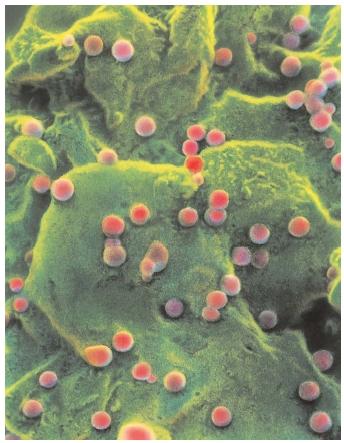 Enteral nutrition (placing a tube into the stomach or intestine) is preferred in those patients who have difficulty in swallowing, disease of the oral-pharyngeal region, and adequate GI function. The medical risks with enternal nutrition are less than for PN, but may include injury to the GI tract and infection in the absence safe food practices.

It is strongly advised that those suspected with or diagnosed with HIV infection seek professional attention from a qualified physician and a registered dietician. For these caregivers, the development of new antiviral drugs, changes in methods of administration of existing drugs, and new information regarding nutrition require diligent and regular review. It is important for health care workers to keep an open dialogue with the patient, so that they stay aware of the patient's health status and treatment measures. Many issues regarding the amount (drugs and nutrition) and length of care for AIDS patients remain controversial and should be negotiated with the patient.

Finally, when traditional medical wisdom fails, some patients may turn to alternative medicine. There are many questionable products on the market that make extraordinary health claims, and caution is required. These products are often overpriced and marketed with misleading claims, and should therefore be considered carefully before use.

Lehman, Robert H. (1997). Cooking for Life: A Guide to Nutrition and Food Safety for the HIV-Positive Community. New York: Dell.