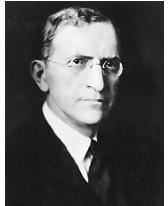 Joseph Goldberger. In 1914 the U.S. Surgeon General appointed Goldberger to fight pellagra, a disease that was sickening thousands of poor Southerners. Goldberger correctly theorized that the disease is caused by malnutrition.

Often considered a significant contributor to the field of nutrition science, Joseph Goldberger was born to a Jewish family in Girald, Austria-Hungary. When he was six years old, Goldberger and his family emigrated to the United States, settling on Manhattan's East Side.

Goldberger enrolled in City College in New York at the age of sixteen, determined to study engineering. At the end of his second year, Goldberger decided to switch to medicine after attending a lecture at Bellevue Hospital Medical College. In 1895, he obtained his medical degree from Bellevue and began private practice in a small Pennsylvania city. Bored after two years, Goldberger decided to take a competitive exam to enter the Marine Hospital Service, and he joined its ranks in 1899. The Marine Hospital Service, responsible for caring for sick merchant seamen and for fighting epidemics, was renamed the Public Health Service in 1902.

Goldberger married Mary Farrar in 1906. Because his marriage to a non-Jewish woman was unusual in his day, there were religious-based objections from both families.

During his time at the Public Health Service, Goldberger specialized in preventive medicine, infectious diseases, and nutrition. He fought tropical fevers, typhus, typhoid, and other infectious outbreaks throughout the United States and the Caribbean. In 1914, impressed with Goldberger's success, the Surgeon General of the United States appointed him to study the disease pellagra, which was becoming prevalent in the southern United States. Pellagra is characterized by skin rashes, mouth sores, diarrhea, and, if untreated, mental deterioration.

At the time, pellagra was thought to be an infectious disease. However, as Goldberger traveled throughout the South observing those with pellagra, he never contracted the disease. He noticed that poor people were more likely to get pellagra, and that their diet was restricted to cornbread, molasses, and a little pork fat. Institutions such as prisons, asylums, and orphanages also had higher levels of pellagra, and residents of these institutions also had limited diets. Based on this evidence, Goldberger concluded that pellagra had a dietary cause and was not infectious.

In 1915, Goldberger conducted a study with inmates at a Mississippi prison, who received a pardon in exchange for their participation. Inmates at this prison had a fairly balanced diet, and the volunteers were given the poor Southern diet that Goldberger associated with pellagra. Within months, the volunteers developed pellagra—and the pellagra symptoms disappeared when they were fed meat, fresh vegetables, and milk. Goldberger and his researchers also tried to catch the disease from infected inmates, but they were unsuccessful. This conclusive evidence proved Goldberger's theory that pellagra is caused by dietary factors and cannot be transmitted from one person to another.

Due to political and social circumstances, however, Goldberger had difficulty convincing others of this theory. In 1926, he reported that the lack of one of the B vitamins was responsible for pellagra, though he was unable to identify the specific vitamin.

Goldberger died of kidney cancer in 1929, at the age of fifty-four. In 1937, Conrad Elvehjem at the University of Wisconsin discovered that nicotinic acid, better known as niacin (vitamin B3), prevented and healed pellagra.

National Institutes of Health, Museum of Medical Research. "Dr. Joseph Goldberger and the War on Pellagra." Available from <http://www.nih.gov/od/museum>

Science Odyssey. "People and Discoveries: Pellagra Shown to Be a Dietary Disease." Available from <http://www.pbs.9org/wgbh>