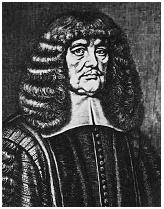 Francis Glisson was a major contributor to an early pediatric text titled A Treatise of the Rickets. His work accurately described both rickets and infantile scurvy, but did not recognize the dietary causes of the diseases.

Francis Glisson was born in Rampisham, England, and attended Cambridge University, with which he had a long relationship. During his life he acted as a dean, senior fellow, and professor at the university. He also had a private medical practice.

The Royal College of Physicians of London admitted Glisson as a candidate in 1634, the same year he received his medical degree from Cambridge. Within the Royal College he played the roles of fellow, councilor, and president. He also belonged to the "Invisible College," a small group of professionals who met weekly in 1645 to promote investigation into natural and experimental philosophy. Later it became the Royal Society. Around that same time, a group of fellows of the Royal College began to exchange notes on rickets, intending to publish a book on the topic. Glisson was assigned to investigate the basic nature of rickets. His investigation skills proved to be strong, and he impressed his coworkers so much that they gave him the responsibility of drafting the entire book, with the assistance of seven contributors.

Tractatus de rachitid, sive morbo puerili (A Treatise of the Rickets), was published in 1650. It is not clear if any of the anatomical and clinical descriptions of rickets were solely Glisson's work. He claimed responsibility for sole authorship for chapters three through fourteen, where he wrote clearly about the nature of the disease. In March of 1660, Glisson became an early member of the Royal Society. In his second book, Anatomia hepatis (Anatomy of the Liver), Glisson identified and described the outer capsule of connective tissue that surrounds the liver and its blood supply (now called Glisson's Capsule). In his third book, Tractatus de ventriculo et intestini (A Treatise of the Stomach and Intestines), Glisson coined the term irritability, referring to the body's ability to sense an irritant and try to rid itself of it.

Though primarily known for his pioneering work on rickets, Francis Glisson contributed to the body of knowledge in general anatomy and physiology of the digestive organs. In the opening paragraph of A Treatise of the Rickets, he wrote that infantile rickets was "an entirely new disease, that was never described by any of the ancient or modern writers." He was able to show that infantile scurvy was a separate disease from rickets, although the two usually occur together.