Since the late 1980s, fat-free and reduced-fat foods have become widely available. While not all new products survive the competitive marketplace, thousands of new reduced-fat and fat-free products have been introduced each year since 1990.

Despite fat's bad reputation, it is a very important nutrient. Dietary fat plays many critical roles in the body, such as providing essential fatty acids, fat-soluble vitamins, and energy. It also serves structural functions in hormones and in cells.

Fat is also a key factor in how foods taste. Fat absorbs the essence of spices and flavors and allows people to experience their full aroma. Not only does fat carry flavor, it also determines whether a cookie crunches or a muffin 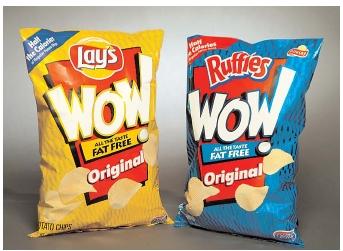 Fat substitutes come in several varieties, including carbohydrate-based substitutes and protein-based substitutes. A more recent innovation is the fat-based substitute called olestra, which is an indigestible molecule that cannot be absorbed by the body.
crumbles. In other words, fat is one of the main reasons people enjoy food.

Since the 1970s, nutrition scientists have researched the effects of diet on chronic diseases. Eating a diet lower in fat, saturated fat, and cholesterol appears to help prevent or delay the development of some serious illnesses, such as certain cancers and heart disease.

Most government health agencies and professional health organizations encourage people five years old and older to eat a diet with less than 30 percent of total calories from fat, and less than 10 percent of that from saturated fat.

Consumers are concerned about nutrition, and they want to moderate the fat in their diet but there are challenges to overcome. Nutrition, price, convenience, and product safety are important, but taste is the key driver behind food selection for most people. And many consumers still think that less fat means less taste. Fat substitutes were developed to help meet consumers' expectations about taste while providing fewer calories from fat.

What Are Fat Substitutes?

Substitutes, or fat replacers, provide the sensory and functional qualities normally provided by fat. For example, fat provides moistness in baked goods, texture in ice cream, and crispiness in potato chips. Because fat has so many diverse functions in foods, it is virtually impossible to replace it with a single compound or process. The ingredients used in place of fat depend on how a food product will be eaten or prepared. For instance, not all fat-substitute ingredients are stable when heated, so the type of fat substitute used in a fat-free salad dressing may not work well in a muffin mix.

Many fat substitutes are simply old ingredients used in new ways. For example, the Food and Drug Administration (FDA) approved polydextrose for use as a moisture-binding agent in the early 1980s, but more recently it

In some cases, the FDA has approved fat-reduction ingredients as food additives. To be approved, food additives are tested extensively to assess their safety and level of use among different population groups. Examples of fat substitutes approved as food additives include carrageenan, olestra, and polydextrose.

In other instances, fat-reduction ingredients are "generally recognized as safe" (GRAS). GRAS ingredients are made from common food components and are considered by experts to be safe. For example, many spices and flavoring agents, such as sugar and salt, are GRAS ingredients. Examples of GRAS fat substitutes include guar gum and maltodextrin.

THE EFFECTS OF FAT SUBSTITUTES ON A TYPICAL AMERICAN MEAL

The last category of fat substitutes includes those that are fat-based. Because they are made from fat, they often come closest to providing fat's taste and cooking properties. Most Americans have heard of olestra, which is a fat-based fat substitute made from sucrose (table sugar) and fatty acids from vegetable oils. However, unlike sugar and vegetable oils, the body does not absorb olestra because the human digestive enzymes cannot break down such a large molecule. Olestra has the potential to inhibit absorption of some fat-soluble nutrients in the digestive tract, and, to offset any possible effects, products made with olestra have appropriate amounts of vitamins A, D, E, and K added.

Most fat substitutes are not new to the food supply. Ingredients that are new, or used in new ways, must meet the FDA's strict criteria to be either classified as GRAS or approved as food additives. Whether they are GRAS or food additives, those ingredients approved for use in foods are considered safe for people of all ages.

Several studies have shown that using reduced-fat versions of food products can significantly reduce the amount of fat that people eat. For some people, eating less fat may lead to eating fewer calories and, eventually, to weight loss. As illustrated in the table above, by using reduced-fat foods, a typical lunch can be trimmed of one-third of its calories and three-fourths of its fat.

A common misconception about reduced-fat foods is that they also are low in calories. For many products, however, this is not the case. Most reduced-fat foods have had other ingredients added to replace the texture or flavor provided by fat, so that while the calories may be slightly lower in a fat-reduced product, the difference between it and a full-fat product may not be significant. With fat-modified products, as with all foods, portion size and calories still count.

Fat-modified foods can fit into a healthy eating plan. According to the American Dietetic Association, they offer a safe, feasible, and effective means to maintain the palatability of diets that are controlled in fat or calories. But they are only one of the many tools that can be used to achieve nutrition goals. Foods with fat substitutes should be consumed as part of an overall healthful eating plan, such as that outlined in the Dietary Guidelines for Americans.

U.S. Department of Health and Human Services, and U.S. Department of Agriculture (2000). Nutrition and Your Health: Dietary Guidelines for Americans, 5th ed. Available from <http://www.health.gov/dietaryguidelines>