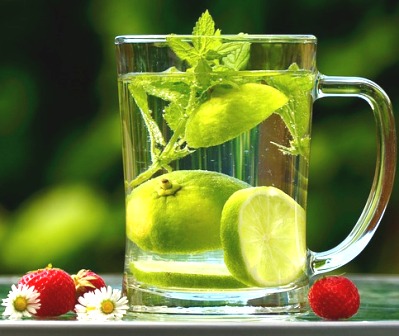 The fat flush diet is a combination weight-loss and detoxification (‘detox’) or cleansing diet, formulated by the well-known nutritionist Ann Louise Gittleman. It is a low-carbohydrate, restricted-calorie diet, which is designed to boost metabolism, decrease water retention, and promote loss of fat.

Ann Louise Gittleman, a certified nutrition specialist with a Ph.D. in holistic nutrition, first introduced the idea of ‘fat flush’ in her 1988 book Beyond Pritikin. Gittleman created her diet after working as a nutritionist at the Pritikin Longevity Center in Florida, where she observed that many of her clients did very poorly on Nathan Pritikin’ extremely low-fat diet The author of some 25 books on nutrition, dieting, and health, Gittleman is America’ self-described ‘First Lady of Nutrition.’ The Fat Flush Plan became a bestselling diet book in 2002. It received additional publicity in the 2006 film Last Holiday starring Queen Latifah.

The theory behind the fat flush diet is that eating the correct combinations of foods and eating more often will increase the body’ metabolism and lead to the efficient burning of fat. Therefore, rather than totally restricting fat, the fat flush diet calls for eating the correct fats, as well as the correct carbohydrates and proteins. However, in order to maximize the body’ burning of stored body fat 24 hours per day, the liver and lymphatic system must first be detoxified.

According to Gittleman there are five ‘hidden factors’ that sabotage weight loss, lower energy levels, and interfere with good health:

There are three phases to the fat flush diet:

Cellulite—Fat deposited in pockets just below the surface of the skin around the hips, thighs, and buttocks.

Chromium—An essential mineral that must be obtained from the diet and is important for the metabolism of fats and carbohydrates and for insulin metabolism, as well as for many enzymatic reactions in the body.

Cortisol—Hydrocortisone; a glucocorticoid that is produced by the adrenal cortex and regulates various metabolic processes and has anti-inflammatory and immunosuppressive properties. Blood levels may become elevated in response to stress.

Detoxification—Detox; cleansing; to remove toxins or poisons from the body.

Flaxseed—Linseed; the seed of flax, Linum usitatissimum, used as a source of oil for treating inflammation of the respiratory, intestinal, and urinary tracts, and as a dietary supplement.

Insulin—A hormone made in the pancreas that is essential for the metabolism of carbohydrates, lipids, and proteins, and that regulates blood sugar levels.

L-carnitine—A molecule in muscle that is responsible for transporting fatty acids across mitochondrial membranes; obtained from meat and milk.

Lignan—Compounds in plants that have antioxidant and estrogenic activities.

Lipotropic—Factors that promote the utilization of fat by the body.

Long life cocktail—A drink consisting of one teaspoon of powdered psyllium husks or one tablespoon of ground or milled flaxseed in 8 oz (237 ml) cran-water.

Omega-3 fatty acids—A type of polyunsaturated fatty acids that appear to be beneficial for the heart.

Psyllium—Fleawort; plants of the genus Plantago whose seed husks have laxative activity.

PHASE 1. The two-week phase 1 of the fat flush diet is designed to detoxify the liver so that it can efficiently burn fat. It calls for eight glasses per day of cran-water to reduce water retention or ‘bloating’, lose fat, cleanse the lymphatic system, and reduce cellulite. Caloric intake is restricted to 1100-1200 calories per day. So-called ‘metabolism blockers,’ such as wheat and dairy, are prohibited.

The phase 1 diet consists of:

The lean protein may be: .

Allowable herbs and spices are: .

Forbidden foods during phase 1 include:

PHASE 2 This ongoing phase of the fat flush diet is designed for continued weight loss with a more moderate cleansing program and a slightly increased variety of foods. The caloric allowance is raised to 1200-1500 calories. Phase 2 is continued until the desired weight loss or size is achieved.

Carbohydrates that may be added back into the diet, at the rate of one per week, include:

PHASE 3 Phase 3 is a lifelong weight-maintenance plan with a daily caloric allowance of 1500 calories or more. The diet is made up of 40% carbohydrates, 30% protein, and 30% fat, and may include two dairy products and four carbohydrates per day. Some starchy vegetables, fruits, gluten-free grains, dairy products, and more oils are introduced into the diet one at a time, to check for any adverse reactions.

There are very few options for eating out on the fat flush diet, although choices such as fish tacos or grilled chicken sandwiches are possible. Since caffeine stresses the liver and, according to Gittleman, impedes fat burning, coffee should be tapered off and eventually replaced with one cup of herbal coffee per day. Alcohol is strictly forbidden during phases 1 and 2 because of its damaging effects on the liver.

Exercise is an important component of the fat flush plan. The first two phases call for brisk walking for 20-30 minutes five times per week and five minutes daily of 100 jumping jacks on a mini-trampoline. Exercise is increased in phase 3 and includes lifting weights for strength training twice per week.

The fat flush plan calls for exactly eight hours of sleep per night and for the dieter to keep a journal.

Gittleman runs residential fat flush and ‘Fast Track’ cleansing programs and an online forum. She sells a line of organic processed foods and a 30-day fat flush detoxification kit that includes vitaminsand minerals, GLA-90, and a weight-loss formula. The latter contains high amounts of chromium and L-carnitine. Chromium is a nutrient that can assist the body in utilizing protein, sugar, and fat. According to Gittleman, L-carnitine maximizes fat burning by helping the body transform food into energy. Her formula is also advertised to contain blood-sugar-stabilizing agents, appetite controllers, fat burners, and lipotropic nutrients and herbs.

The fat flush diet first uses a detoxification regimen to improve fat burning and then implements a plan for losing weight rapidly, followed by a maintenance plan. It is considered to be a healthy weight-loss program. It is a balanced diet with a significant exercise component and is designed to be followed for life.

Benefits of the fat flush diet may include:

According to Gittleman, this plan will also:

The fat flush diet is only appropriate for people who can maintain a very strict diet for the first few weeks in order to lose weight rapidly. It may not be appropriate for vegetarians because it specifies animal protein. Vegans should add an amino-acid supplement and possibly protein powder. It is not known how often the fat flush diet leads to permanent weight loss. As with most diets, if healthy eating habits are not maintained long term, any weight lost will be regained and the other benefits will be lost.

Some experts advise against following diets that eliminate entire food groups and/or require the taking of supplements whose effects are unknown. The fat flush diet prohibits wheat and dairy during phases 1 and 2 and requires supplements. Whole-wheat grains are considered to be one of the best foods for reducing the risk of heart disease. Low-fat dairy products provide calcium and nutrients such as magnesium and riboflavin that may be hard to obtain from other foods. The fat flush diet requires expensive supplements including flaxseed oil, evening primrose oil, GLA, and protein powders.

Those following the fat flush diet should be aware of additional precautions:

Gittleman’ fast flush kit contains chromium, which has been linked to ulcers and liver and kidney damage. Large doses of chromium can be lethal.

There is little scientific evidence to support claims made for the benefits of detox diets. Gittleman claims that her plan speeds up metabolism, detoxifies the liver by flushing out waste and fat, and helps digest fatty globules in the lymphatic system. Registered dietician Jane Kirby, in her book Dieting for Dummies, says that there is no scientific evidence that the liver is a ‘fat-burning furnace.’ She says: ‘It’ just a low-calorie diet. Most people lose weight when calories are cut this low.’ Dr. Donald Hensrud of the Mayo Clinic was quoted in O: the Oprah Magazinein August of 2006: ‘There’ no such thing as a metabolism-blocking food; the liver and lymphatic system have no link to weight loss that we know of; there’ no medical purpose for cleansing the body with a diuretic; and while the fat-burning supplement recommended [GLA] has been tested in animals, there’ very little data on its effect in humans.’.

The fat flush diet is very popular. Gittleman is a highly respected nutritionist who has written many articles and books on women’ health, nutrition, and detoxification diets, and the fat flush diet has received much publicity in the popular press. Testimonials as to the success of the diet are abundant on the Internet. According to Gittleman’ Website, some individuals have lost up to 12 inches (30 cm) from their buttocks, hips, and thighs in the two-week phase 1 of the diet. One individual claims that it eliminated 95% of her intractable chronic pain. The fat flush diet has proved so popular that other entrepreneurs are selling their own fat flush kits.

QUESTIONS TO ASK YOUR DOCTOR

Michelle, Lynne. ‘Health: The Fat Flush Diet; Do You Dream of Dropping a Dress Size in as Little as Two Weeks? Do You Want to Burn Fat Faster, Detox Your System and Send Your Energy Levels Sky-High—All in a Fortnight? Well, Here’ the Healthy Eating Plan You’ve Been Waiting For.’ Sunday Mirror(London) (January 12, 2003): 34.