Individuals with an exercise addiction are characterized by their compulsive exercise behaviors, an overinvolvement in exercise, and the presence of an activity disorder—meaning they exercise at a duration, intensity, and frequency beyond that required for sport. A rigid schedule of intense exercise is maintained, accompanied by strong feelings of guilt when this schedule is violated. These individuals resist the temptation to lapse into nonexercise, and if they do lapse, the amount of exercise they partake in increases after 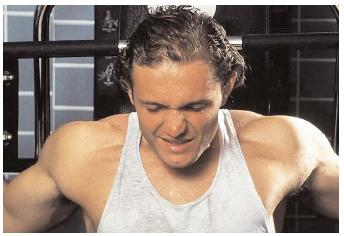 Physical signs of exercise addiction include fatigue, soreness and stiffness, and hormonal changes, including decreased testosterone in males and increased production of cortisol, a hormone produced in response to stress that can cause the breakdown of bone, leading to an increased risk of stress fractures and osteoporosis. Exercise addiction can also lead to muscle wasting. Behavioral signs include increased anxiety and discomfort with rest or relaxation, and an inability to stop exercising.